Subscribe to the Blockchain Research Institute ™ newsletter for weekly news.

NEWS AND UPDATES FROM THE BLOCKCHAIN RESEARCH INSTITUTE

Our team was global this week, with researchers and staff joining in London to share their insights at the 2018 Blockchain Live conference. The BRI was proud to serve as a stage partner for the conference's invite only "C-Suite Stage," addressing blockchain's specific applications for enterprise leadership.

Meanwhile, BRI co-Founder and Executive Chairman Don Tapscott gave a keynote address to the 2018 Nordic Business Forum in Helsinki, which featured none other than President Barack Obama as a speaker!

There are also a number of updates from BRI members this week:

Meanwhile, there's been some surprising new partnerships from leaders in the enterprise blockchain community like Hyperledger, the Enterprise Ethereum Alliance and ConsenSys, as well as some extremely unsurprising allegations of money laundering through cryptocurrency exchanges!

Luke and the BRI team

This Week at the BRI

Over the past 40 years, digital technology has fundamentally reshaped the ways in which individuals, government, business and civil society interact. Yet, while the dynamics of our institutional relationships have radically changed, the underlying agreement upon which those relationships are built has remained stagnant.

In this series, BRI co-Founder Don Tapscott breaks down the failure of our existing social structures to address new digital realities, and advocates for a new social contract for the digital age to address them.

Members can read the series in its entirety here.

If you'd like to see Don distill this 74-page document into a seven minutes, he did so at a recent event in Ottawa: 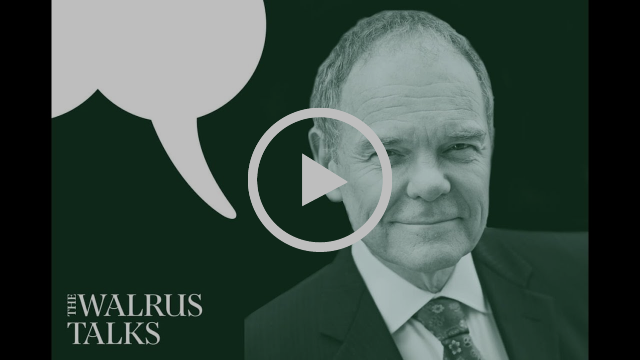 Staff and faculty from the BRI joined in London this week, to take part in Europe's largest blockchain conference, Blockchain Live.

As a stage partner for the conference's "C-Suite Stage," the BRI featured speeches from a number of its key researchers.

The day's events were opened by BRI Managing Directors Hilary Carter and Joan Bigham, and closed with a special presentation from co-Founder Alex Tapscott.

You can find more information about next year's Blockchain Live conference here.

News from the BRI Community

Every single bag of spinach and head of lettuce you purchased at Walmart will now be tracked and traced from farm-to-fork on a blockchain, after the company announced it is expanding its project to improve food provenance on the blockchain.

The project began as a partnership with BRI member IBM, who built the database upon which the 100 farms supplying Walmart's leafy greens will input information in realtime.

Spinach and lettuce products are traditionally susceptible to recalls, with a particularly devastating recall of romaine lettuce after an E.Coli contamination earlier this year.

Read more about the expansion in this New York Times piece, and be sure take a look at the BRI's in-depth case study on the pilot project behind this new expansion.

“Salesforce Ventures looks to invest in the most innovative enterprise companies globally,” said Alex Kayyal, Partner at Salesforce Ventures. “We are excited to support Gospel’s vision of advancing enterprise data sharing through blockchain, and we look forward to having them work more closely with our customers.”

Take a look at the full story on this new investment for Salesforce Ventures, and read Salesforce CEO Marc Benioff's comments on blockchain earlier this year here.

Deloitte is helping RiskBlock Alliance - a blockchain consortium focused on insurance applications - expand into Canada, according to an announcement earlier this week.

The US-based consortium is looking to launch blockchain-based applications, including a proof of insurance app, which is “a first notice of loss data-sharing process and a smart contract-enabled subrogation tool.”

In the coming months, Deloitte will reportedly help RiskBlock Alliance to bring its operations to Canada within its international expansion strategy. The alliance will register a legal entity in Canada and start collaborating with Canadian-based property-casualty and life/annuity insurers.

Read more about Deloitte's role in this expansion here.

Please add blockchainresearchinstitute.org to your email safe list in order to ensure deliverability.